At this moment, my lunatic roommate has a hoard of soiled laundry, another hoard of about three dozen empty soda pop cans, an uneaten hot dog left out to attract bugs, and his TV stays on 24/7 along with the light on his side of the room. When a housekeeper comes by to clean, he just starts a conversation that goes on until she has to move on, and this room doesn’t get cleaned properly. Some of the CNAs are scared that he’ll cuss at them, so rules remain unenforced unless I go to supervisors. I think he’s another crackhead who stroked out from too much of that drug, and if I know the signs of crack cocaine abuse he continues to smoke the stuff almost every evening, thus energizing him to stay awake most of the night.

All three roommates I’ve had here at Happy Haven have been NUTS, and I’ve told the social worker responsible that she’s a liar for telling me what great guys they are. 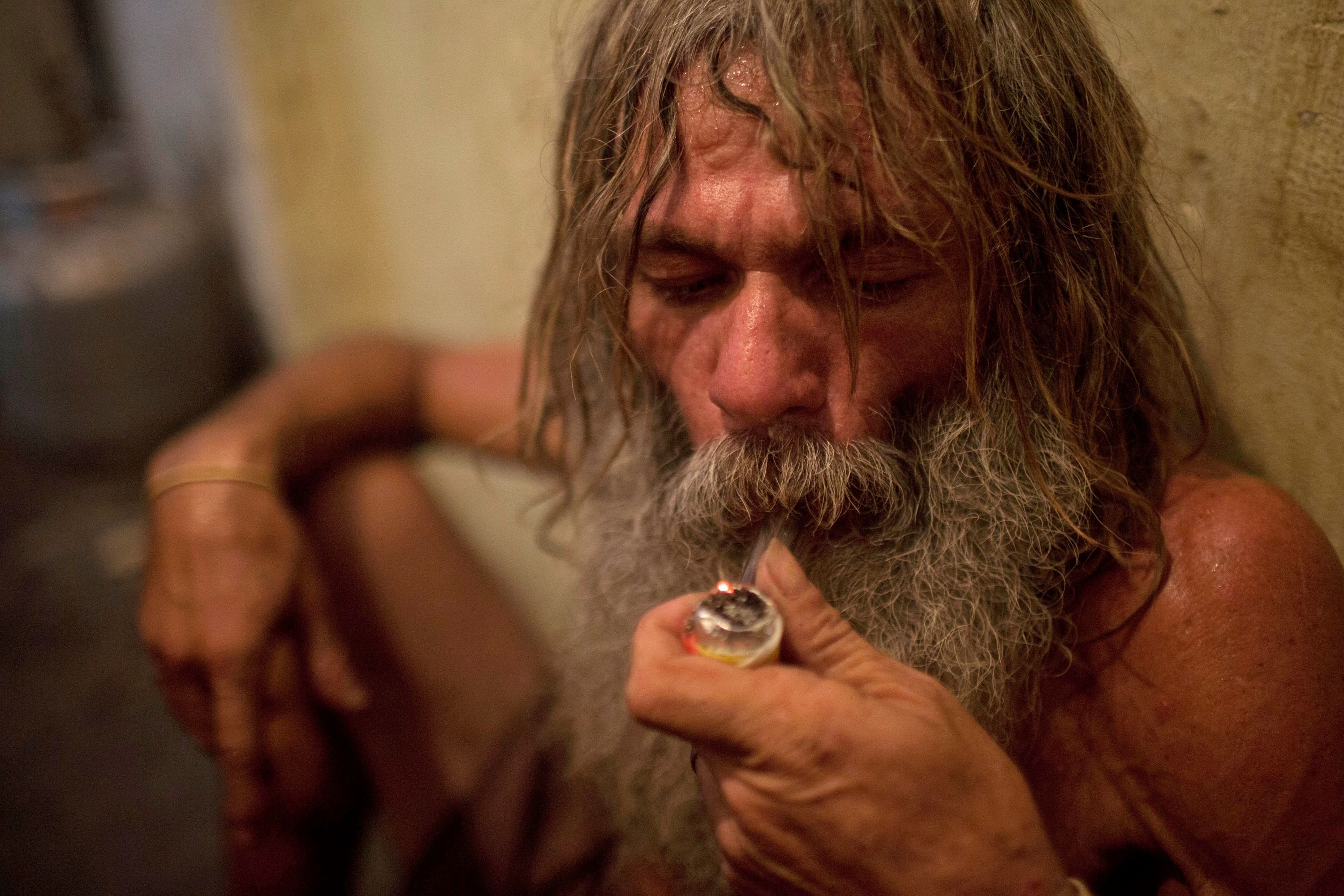 Politics is more bitter in 2018 than it has been since 1860. (And it’s the same party driving the controversy: Democrats!)

Max Weller: “Remembering” alone is insufficient. How about proof meeting the legal standard?

N.L.: That’s my point. We’ve got a massive, governmental version of he said, she said and there’s no way to prove anything. For this, they’re willing to ruin a man’s life and reputation. I have a daughter, and I want her to feel empowered to report anything close to a sexual attack and be taken seriously. I also have a son, and I don’t want him to live in fear that someone after the fact, with no date, place or even details, can accuse him of some horrific crime – and he can have his life upended simply because she said so.

This Bette Davis-inspired performance would be worthy of an Oscar nomination, if it were in a movie. It should remind all of us that members of the mental health professions (Dr. Ford is a psychologist) may suffer more often from mental health disorders than the general population. See Why Shrinks Have Problems published in Psychology Today.

Granted, the Homeless Philosopher is NOT a shrink. Still, I know crazy when I see it, and I see it not only in Dr. Ford and the other accusers of Judge Kavanaugh, but in their rabid supporters as well.

Frankly, I see no long-term political gain for the Democratic Party. Delaying a floor vote on the confirmation in the Senate, to wind up with an inconclusive FBI investigation, only moves the latest Dem FAIL that much closer to the mid-term elections. Also, in the grand scheme of things, ensuring a conservative-leaning SCOTUS for decades to come is far more important than whether or not Nancy Pelosi once again picks up the gavel in the U.S. House.

BTW, I’ve never seen the moderate Republican senator from South Carolina so fired up over anything: Lindsey Graham erupts during Kavanaugh hearing.

It’s time for this senile old fool, Sen. Dianne Feinstein (D-CA), to retire. And she should take Justice Ginsburg with her!

There is an element of hilarity here, as there nearly always is in politics. Some of the more unhinged Dems believe that defeating Kavanaugh means that the Senate will then take up the already-failed nomination by President Obama of Merrick Garland (every time I hear his name, I think about Christmas decorations). WTF? Put down the crack pipe!

The Boulder County Commissioners released a statement late Monday confirming their support for Deborah Ramirez, the Boulder woman who has accused Supreme Court nominee Brett Kavanaugh of sexual misconduct while both were students at Yale University.

Ramirez told The New Yorker that Kavanaugh exposed himself to her at a dormitory party in the 1983-1984 academic year.

“We stand firmly behind our brave Boulder County employee who chose to speak publicly about a demeaning and demoralizing act of sexual misconduct she experienced as a young woman,” the statement begins. “We fully support an employee’s right to speak their truth and we stand with Deborah Ramirez in her courageous decision to speak up.”

The statement describes Ramirez as a valued and trusted member of the county’s department of housing and human services (emphasis is mine — MRW) who is passionate about serving families in need and who connects community donors with families during the holidays.

Okay . . . Who is serving the adult survivors of sexual abuse who are housed along with registered sex offenders at Boulder Shelter for the Homeless right now in 2018? Who has the courage to do so from within the county’s department of housing and human services? Apparently NEITHER Deborah Ramirez NOR the Boulder County Commissioners give a damn about the vulnerable women forced to stay overnight with the likes of these perverts (please note BSH’s address of 4869 N. Broadway, and also see for yourself how many homeless sex offenders are roaming the streets in Boulder, CO): City of Boulder Registered Sex Offenders.

Who stands for these survivors of horrific crimes? I guess there’s no partisan political advantage to speaking out for homeless men and women, victimized first by sexual predators and then by a corrupt system which enables them, and it sickens me that Ms. Ramirez and the pathetic Boulder County Commissioners want to play games in the news media.

Deborah Ramirez, if you want to explain yourself to readers of this blog I’ll publish your unedited reply to this post, as soon as you send it to me. Otherwise, I want you to understand that many of us consider your allegations against Judge Kavanaugh pure BS.

“I’m grateful to Sen. Diane Feinstein (D-CA) for helping me to recover my memory of this horrific attack, which occurred in broad daylight on Pearl Street Mall just last week, or maybe last year . . . or it could have been thirty years ago. That hardly matters. I’m now committed to telling my story and helping prevent the appointment of this Republican predator to the U.S. Supreme Court, or as mayor of Niwot or any other powerful position.

“Please tell Ms. Dianne that my memory is getting foggy once again. I need another few thousand dollars from Mr. Soros to get things straight in my own mind.

(Statement above has been edited for clarity.)

I never again stayed overnight at BSH after discovering that a Denver transient had brought these nasty bloodsuckers into the facility. Of course, it’s another failure of policy by the yahoos running the shelter and it doesn’t have to be this way. See: Bed Bug Prevention and Management Guidelines for Shelters and Group Housing. (NEVER any bedbugs at my solitary outdoor campsite!)

These poor folks have been exploited so long they think it’s a GOOD thing.

See the Guest Opinion in the Daily Camera here.

Copied below in its entirety:

I continue to follow the concept of tiny houses for the homeless as it’s being developed in other, more truly progressive, cities all across America.

Boulder seems to be stuck in the rut of hugely expensive projects serving only a very small fraction of the people living on the streets here. Here are three egregious examples: Housing First at 1175 Lee Hill serving 31 clients at an initial cost of $8 million; Ready to Work at 4747 Table Mesa for 44 clients costing $4.5 million up-front; and Attention Homes 1440 Pine project housing 40 at-risk youth at $12 million before the doors even open.

Do the math: $24.5 million divided by 115 clients (assuming 100 percent occupancy at any given time) works out to $213,043 per unit simply for construction. (There are also the ongoing operating costs at all three facilities to consider.)

Contrast this with the cost of tiny houses built by Occupy Madison in Madison, Wis.: $5,000 per unit, with residents being directly involved in building their homes, contributing to the upkeep of common areas, governing the community, and abiding by a reasonable code of conduct. (Other such tiny house communities can be found with a quick online search.)

For the amount of money already spent by Boulder’s homeless shelter and services industry, a tiny house could have been available to every one of the more than 1,000 homeless single adults in the city. (Naturally, prospective residents should be required to document their presence in Boulder for at least a year or two to be eligible for a tiny house.)

Instead, we have hundreds of men and women literally left out in the cold while government agencies and private nonprofits are patting themselves on the back, even as they continue soliciting more funding from both public and private sources. I call this a travesty of compassion, and I reiterate that Boulder County Coordinated Entry is a sham.

Time to stop pretending to “end homelessness,” as they like to claim is their goal, and look for new leadership committed to innovative ways to actually do so.

Max Weller lived as a homeless man in Boulder and its environs for over a decade. He now resides at a long-term care facility in another city.

In the past, I’ve used letters-to-the-editor and the occasional guest opinion piece (the difference to the Daily Camera is length) as a “shot across the bow” of the corrupt homeless shelter / services industry. Now, I want to do all I can to sink it . . . Kudos to the DC for having the gumption to publish my view in both their print and online editions.